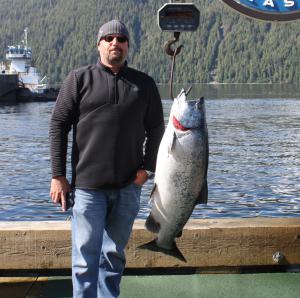 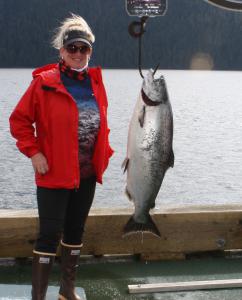 Cary Wyatt wins King of the Day and the season-end drawing for $10,000 in Waterfall Resort Alaska’s 2020 King of King Salmon Tournament 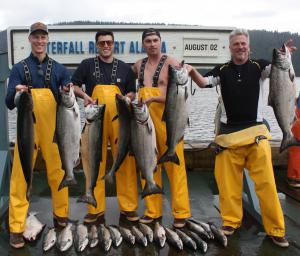 Friendly competition adds that extra reward to an already memorable and jaw-dropping adventure that Alaska provides everyone. Our competitions give away more than any other resort in Southeast Alaska.”
— Steve Cockrell, General Manager

The season-long King of King Salmon Tournament winners are announced each night at dinner during the summer season with Waterfall General Store merchandise for the “King of the Day” (KOD) guest who has entered in the season-long Tournament and who landed the largest king salmon that day. Daily, weekly, monthly, and season-end Tournament winners receive awards that include return trips, Cabela’s merchandise, and thousands of dollars in cash. The final winner having landed the largest king salmon of the season can win $10,000.

A 90-minute flight from Seattle, Waterfall Resort guests are greeted at the Ketchikan airport and taken to the resort by float plane. Anglers of all skill levels embark on expertly guided sport-fishing excursions to land king salmon, silver salmon, halibut, lingcod, and more. Southeast Alaska’s breath-taking landscape is filled with awe-inspiring wildlife including humpback whales, Orcas, bald eagles, otters, puffins, and more. As evening approaches, guests share fish tales at the Lagoon Saloon then feast on hearty Alaskan fare and fresh seafood in the Dining Room.