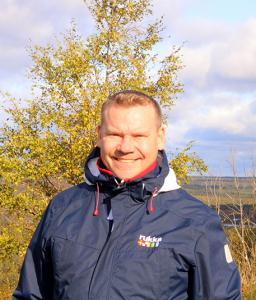 Juri Laurila is a founder and CEO of Arctic Smart Village Ltd. 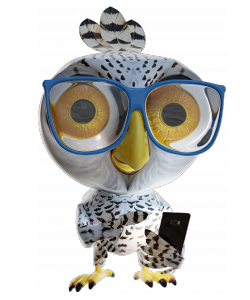 Martti S. is looking for a sustainable place to live

Making the world a better place to live is not easy. Mr. Juri Laurila from Finland sold his house to make a difference. It created a whole new way to live.

ROVANIEMI, LAPLAND, FINLAND, October 16, 2020 /EINPresswire.com/ — World has phased several major challenges in relatively short time. Environmental issues, climate change, population growth, financing and banking, wars, populism.. There is a time to make a change, but most of us does not have a clue how to do it. How one person can make a change in these overwhelming problems. To be honest, one person can make just a small impact. But if there is a lot of individuals doing the change impact will grow and grow.

Mr. Juri Laurila from Finland is "just one person" who tries to make a difference. He is not rich, and he is not thinking that he is somehow special. But his heart is big, and his will is strong. He has worked as a volunteer in several associations and tried to find answers to problems caused by urbanization. He just was not happy to a development he saw and how the problems we’re tried to manage. In September 2016 he participated to a meeting and was frustrated to how slow things are happening in rural development projects. For six years he saw same plans and nothing happened. In that moment Älykylä® (Smart Village) -concept idea was born. Whole idea was based on the questions, how to break up the barriers and obstacles from the way of rural development and how to utilize good results from projects already done.

Grazy idea or something necessary to do?

Laurila was playing with a thought. If you do this and this, combine it to this and that, you should have something awesome as a result. Or just working system! After a while even he was thinking that the idea is just grazy. No-one would believe it to happened. Story of Älykylä® was jeopardized first time..

But the thought did not give a rest. After two weeks Laurila decided to take a pen and write down his thoughts. Everything was looking even clearer. “This is what you need to do”, he thought. After he discussed with friends, he took a call to Sodankylä municipality director of development Jukka Lokka to settle a meeting. From that meeting started journey of a lifetime. There is enough of high risks taken, political turnovers, changes in team, awesome cooperations, doupts, support and success on the way to write a book or make a TV series. The path wasn’t anything what anyone could expect.

After Sodankylä got a new elected chairman of a board who made unexpected move Laurila found him from the situation where he was an entrepreneur without a client. He had to think is it time to put concept to a trashcan or take a leap of fate and risk it all. Like we know now, he took a leap. Laurila sold his house, he builded to a home for his family just to have money to buy a food and continue a development of a concept. Using poker frasses, he putted All IN to make a difference.

A New Way Of Smart Living

Now, four years after situation is quite different. Three Smart Village Projects are on the roll and more is coming. After two year struggling alone the team is sized of six person and a vast network of companies working towards of a mutual goal. Make living as sustainable as possible! Älykylä® -concept has been noticed in four different continent and it has gained news articles worth of 400 k€. Concept will be the first cyber secure living area in the Europe, first carbon free and self sufficient living area with own energy production and distribution, first housing cooperation based living area in countryside and first living area that has been designed totally from inhabitants point of view. It is a forerunner at shared economy, resource wise living area, communality, living as a service, Iota, MyData and other fields of smartness and life. And the development is jeopardized again.

An idea has developed to a New Way of Smart Living. Moderate cost living that is modern, high-quality, ecologic ja human friendly. Marketing of a pilot project, GeoHouse Älykylä at Northern Ostrobothnia, Finland will launch at 17th October 2020 and building is estimated to start at spring 2021.

But like in business usual, there are problems too. Owners does not have a lot of money and they are working with big hearts. Lack of funds makes it almost impossible to answer the growing need of growing markets. Company needs help from the world!

Possibility to make a change

Now everyone has an opportunity to help Juri and his team to make a change and earn some money. Arctic Smart Village Ltd. launched a crowdfunding campaign to get a capital to increase the impact of it’s action and to start more new projects of sustainable living areas. Company needs 150.000 euro capital investments to have overall 350.000 euro funding. Because of a very positive foresight of growth ASV is offering 15 per cent interest to a loan that is payed back in five years. Basically, loaned sum will be doubled.

Because Laurila and his associates are really enthuastic to make everything to create a better world, they declared Arctic Smart Village Ltd as a Social Company. It means that they are commited to use at least half of a profit to strengthen the vitality of rural areas and making living more sustainable. With peoples support the development of sustainable living can continue.

You can make the investment of 100-100.000 € at Arctic Smart Village Ltd website and be a part of future living developer history.