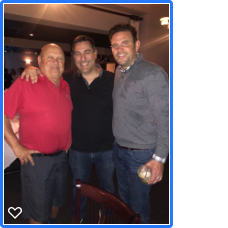 Getting your home ready to be sold is a difficult task at the best of times, not the least of which now. Bryan Nazor is here to help

HACKENSACK, NJ, UNITED STATES, June 5, 2020 /EINPresswire.com/ — Getting your home ready to be sold is a difficult task at the best of times, not the least of which now. Bryan Nazor is here to help identify easily missed hurdles in the process.

For as profitable as it can be to sell a house, it is not nearly a simple process. There is a lot of hoops and hurdles you have to clear in order for the process to go even relatively smoothly, some that may cost you more money in the long run if you disregard or overlook them. Some of this stuff is the kind of thing you may not know if you do not have someone who can provide proper guidance during the process. In order to make things a little easier for you all, Bryan Nazor has compiled some points of consideration that you should take into account during the process.

Bryan Nazor: Things you may not notice when getting your house ready for sale
One of the biggest things that seems to evade homeowners is damage which lies beneath the surface, Bryan Nazor notes. We're talking termites, mold, water damage, any number of things can come up all too late to be addressed if you are not diligent with checking. None of these things are particularly appealing to a new homeowner, for obvious reasons. The best solution to these problems is to make sure they are not problems to begin with, but obviously, as Bryan Nazor points out, that bridge has long since been crossed, so the important question is to reduce the damage as much as possible — both to the home and to your wallet. In this situation, according to Bryan Nazor, your best bet is to either factor the damage into the price or get the damage fixed, which may be prohibitively expensive.

However, not all hurdles in the sale are due to the house itself. Rather, it can be because of things related to the house, Bryan Nazor points out, such as the title. If a person or entity has claim to your property, you are not going to be able to sell it without creating a major headache for yourself. Make sure to get that sorted out as soon as possible. Of course, sometimes, as Bryan Nazor notes, the problem is not to do with the house at all, but rather external forces outside of your control. People tend to favor buying and selling in certain weather; spring and summer, for instance, are going to be prime time to sell, Bryan Nazor confirms. There are just far fewer headaches to deal with when it comes to moving in or out. This does not mean that autumn and winter are bad times; the lack of competition, for instance, creates a selling opportunity there.