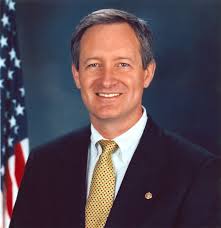 Senators Crapo, Risch Partner with the American Knife & Tool Institute to Reduce the Burdensome Regulations on Sales of Automatic Knives

The Freedom of Commerce Act would remove one of the many federal regulatory burdens that have hindered manufacturing growth, interstate commerce and consumer practices for far too long. ”
— U.S. Senator Mike Crapo

CODY, WY, UNITED STATES, May 22, 2019 /EINPresswire.com/ — The American Knife & Tool Institute (AKTI) thanks U.S. Senators Mike Crapo (R-Idaho) and Jim Risch (R-Idaho) for re-introducing the Freedom of Commerce Act, S. 1588, which would allow consumers to purchase an automatic knife legal in their state, regardless of where it was manufactured in the U.S.

“Access to tools vital to their trade is critically important for law-abiding citizens and sportsmen in states allowing possession of automatic knives,” said Senator Crapo. “The Freedom of Commerce Act would remove one of the many federal regulatory burdens that have hindered manufacturing growth, interstate commerce and consumer practices for far too long. I thank AKTI for its partnership on this effort.”

“The unencumbered transfer of goods, services and ideas across state lines is what America’s economic success is built on,” said CJ Buck, American Knife and Tool Institute President and Buck Knives CEO. “If a state decides a product is legal to possess and use there should be no restrictions from the federal government on the interstate commerce of said product. The Freedom of Commerce Act restores the ability of law abiding citizens to buy products they want that are legal in their state.”

Enacted in 1958, the Federal Switchblade Act (FSA) leverages the federal government’s interstate commerce power to prohibit the purchase, sale and trade of automatic knives between any of the fifty U.S. states, Washington, D.C., and any U.S. territories.

S. 1588 would repeal certain provisions of the FSA and allow manufacturers to ship and sell their products to buyers in other states, as well as permit the importation of certain knife parts. The bill would not replace or change any existing state laws regarding any automatic knives which are defined based on their opening mechanism.

“Currently automatic knives are legal in 40 states and limiting law-abiding citizens from being able to purchase the essential and valuable tool of their choice is burdensome and unnecessarily restrictive,” said Jan Billeb, AKTI Executive Director. “We look forward to working with Senators Crapo and Risch and other co-sponsors of this commonsense bill through the legislative process.”

Text of the legislation can be read here – http://bit.ly/2HupSRw

State laws regarding automatic knives can be found here – http://bit.ly/2EqwChg