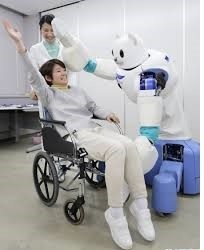 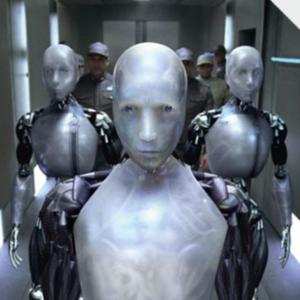 Global disruption is on the way

A massive societal dislocation is in the cards.

Ambitious, deeply researched, and far reaching in its scope and conclusions, Contagion is actually several books in one. Its summary of what AI is and will likely become is a standalone revelation.””
— Jeff Long, NYT bestselling author

ATLANTA, GEORGIA, USA, May 13, 2019 /EINPresswire.com/ — The positive contributions of robotics and artificial intelligence to humanity receive much media attention as do horror stories of robots possibly taking over the world.

A newly released book, The Artificial Intelligence Contagion: Can Democracy Withstand the Imminent Transformation of Work, Wealth and the Social Order by Law Professors David and Daniel Barnhizer raises serious questions concerning the ominous social impact of as many as half the world’s workers in the US, EU, China and Japan being replaced within the next 30 years.

It’s not just a question of manufacturing jobs: AI/robotics systems are already being designed to do increasingly high level work, impacting employment in the fields of middle management, finance and banking, medicine, law, transportation, high-tech, journalism, social work, the arts and more…

This massive paradigm shift in the human work place is like none other. And it is occurring in the context of already existing crisis scenarios on a multitude of levels—mass unemployment, lack of personal savings, underfunded or non-existent pensions, health care problems, an aging population, and a drug and opioid epidemic.

While tech entrepreneurs, developers and the military are salivating at their AI/robotics prospects, the impact of massive unemployment across the spectrum on society as a whole has yet to be confronted not only by government, but by the global workforce, who are accustomed to thinking in terms of “creative destruction”: that lost employment in dated industries leads to new opportunities in their replacements. But AI/Robots will be infesting the new jobs created in their wake.

What will be the social impact of masses of people who suddenly have unlimited free time? What will they do?

How will the existing economic and social ecosystem be able to address the needs of the millions of newly unemployed?

Heavily-indebted governments will see tax revenues plummet while public debt will rise dramatically. As financial benefits are diverted from human workers to a limited number of incredibly wealthy investors and managers, the world’s economic and political order will degrade. These conditions will drive many into hopelessness, homelessness, violence and crime.

All this will take place in an environment of increased AI-facilitated surveillance by governments, aggressive militarization using AI systems and autonomous weapons.

“Ambitious, deeply researched, and far reaching in its scope and conclusions, Contagion is actually several books in one. Its summary of what AI is and will likely become is a standalone revelation. It also offers a critique of socio-economic ripple effects that verge on dystopian, and essays and “case studies” of specific sectors or regions, notably a chapter on China’s fusion of AI and social control.”

David Cooper, President and technologist at Massive Designs calls this book “A sobering look at the far-reaching impact that artificial intelligence may have on the economy, the workforce, democracy and all of humanity. The Artificial Intelligence Contagion is a bellwether for anyone seeking to understand the global disruption coming our way.”

But while Kenneth A. Grady, member of the advisory boards of Elevate Services, Inc., MDR Lab and LARI Ltd., writes, “We see in the rush to develop AI the arrogance of the human species. Often buried by the exuberance over what AI might do is the massive dislocation it can cause,” he adds, “David and Daniel Barnhizer masterfully lead us through the societal challenges AI poses and offer possible solutions that will enable us to survive the AI contagion.”

Contagion addresses the pros and cons of innovative revenue and expenditure strategies, the viability of priming the pump, Universal Basic Income, government jobs and private sector job subsidies. It also includes a list of winners and losers in the evolving job market.

Author David Barnhizer, professor emeritus at Cleveland State, was a Senior Research Fellow at the University of London’s Institute of Advanced Legal Studies, worked in the Natural Resources Defense Council, the World Wildlife Fund/US and consulted with the UNDP and the World Bank.

Daniel Barnhizer is the Bradford Stone Faculty Scholar at the Michigan State School of Law, and holds a JD with honors from Harvard.

Rights to a Chinese edition have already been acquired by a major Chinese firm, Publishing House of Electronics Industry (PHEI) Co., Ltd, Beijing.