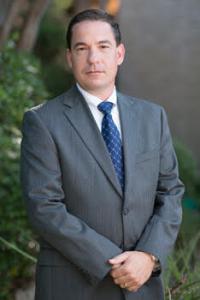 The employer was a Texas “non-subscriber", meaning the injured employee had to seek compensation through a negligence lawsuit instead of a workers' comp claim.

If a worker is injured in Texas, and the employer does not have workers' comp insurance, that worker must go through other legal avenues to receive compensation for their medical costs and lost wages.”
— Attorney Aaron Allison

AUSTIN, TEXAS, USA, March 19, 2019 /EINPresswire.com/ — A Texas gym employee received $300,000 after she was seriously injured at work.The employee in question was closing down the gym for the night when she brushed against a large wall clock in the lady’s locker room. The clock weighed about 15 pounds, and it was held in place by just a tiny push pin. The clock fell, shattering her ankle and severing her tendons.This injury caused many complications in her life. She was faced with high medical bills, surgeries, and a large scar on her ankle. Since she also worked as a fitness model, the scar was a major setback for her modeling career.

Since her employer was a Texas “non-subscriber” to workers’ comp, meaning it did not provide workers’ compensation to its employees, she had to seek compensation through other legal avenues. Her claim is known as a non-subscriber work injury claim, whereby she held the employer gym responsible for her injuries due to negligence. The gym refused to offer a settlement, and the case went to binding arbitration. In this case, the arbitrator was a former Chief Justice of the Texas Supreme Court. The arbitrator decided that the gym was negligent in the way it hung the clock and in its failure to provide a safe work environment. The arbitrator clarified that the unsafe condition was latent in nature, meaning that the injured worker could not have known that the clock was hazardous. She was awarded $300,000.

Her attorney was Aaron Allison, an injury lawyer based in Austin, Texas. He said, "If a worker is injured in Texas, and their employer does not have workers' compensation insurance, that worker must go through other legal avenues to receive compensation for their medical costs and lost wages."

To learn more about Aaron Allison’s practice and experience or for a free consultation, contact him directly at 888-300-1476.